There’s something about a good old cinnamon roll that gets me really nostalgic about winters and the holiday season. You can eat a cinnamon roll anytime you want- be it breakfast or for a Christmas movie marathon snack. It’s one of the most popular baked sweet bread and now I know why because I absolutely cannot stop binge eating!

I can’t wait to see how you all recreate this recipe, do tag me on Instagram, and don’t forget to use #Bakewithshivesh. 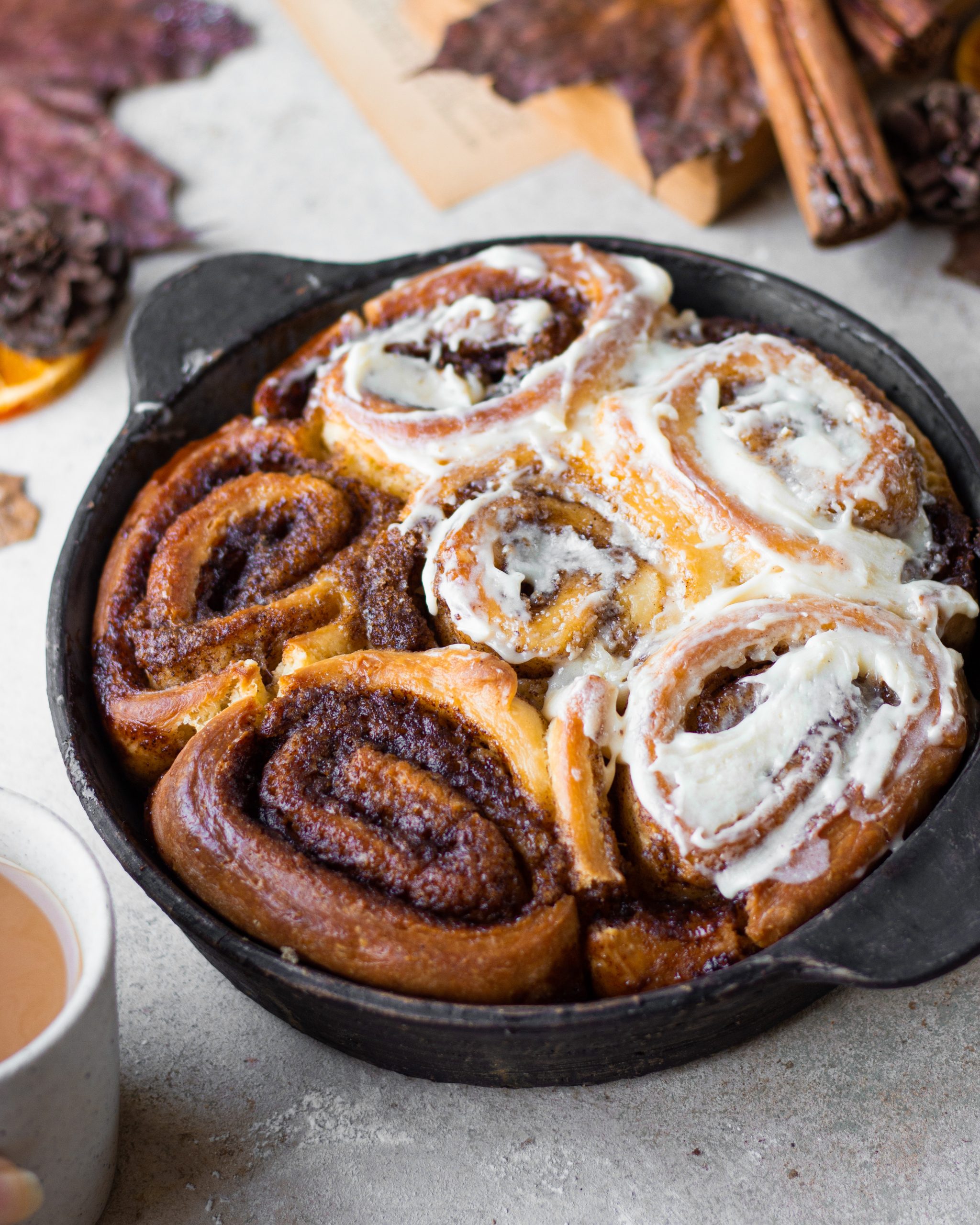 Things to keep in mind while making eggless cinnamon rolls

The dough for the cinnamon rolls uses yeast. Don’t be intimidated by this. Yeast is super simple to work with.

1. We activated the yeast in the recipe using warm milk, NOT hot. Anything hotter than 110F will kill the yeast.

2. Feed the yeast sugar and let it do its work. It’s like a little snack for the yeast, it works faster after that. Granulated sugar works best while activating the yeast. So use that instead of caster sugar.

3. Leave the yeast undisturbed. Do not stir or shake it. It needs to settle down and work up. 4. If your yeast doesn’t bubble up, it could be old or expired. Don’t use the yeast since it may not give the dough what it needs. This will lead to a bad end result. In such a case you will have to get more yeast from your supermarket.

Proofing the dough is an important step. The cinnamon rolls have a  2 step proofing process. This needs to happen in a place that is warm, cozy, and undisturbed. I usually proof any sort of dough in my turned OFF oven. There is no draft in the oven, this ensures proper proofing of the dough. The cinnamon rolls will proof once the dough is ready and next when we have filled the dough, rolled it up, and sliced it.

IMPORTANCE OF THE FILLING

The star of the cinnamon rolls in all honesty is the filling. Do we all agree? This is where they get their name from. It’s buttery, sugary goodness with lots of cinnamon.  Things to keep in mind while making the filling for these dreamy rolls are- Make sure the butter is softened, this will allow it to spread evenly. If the butter is too soft or melted all the filling will ooze out and it will be a mess. oops! Use good quality fresh cinnamon, this is the key ingredient. Let’s make it shine. 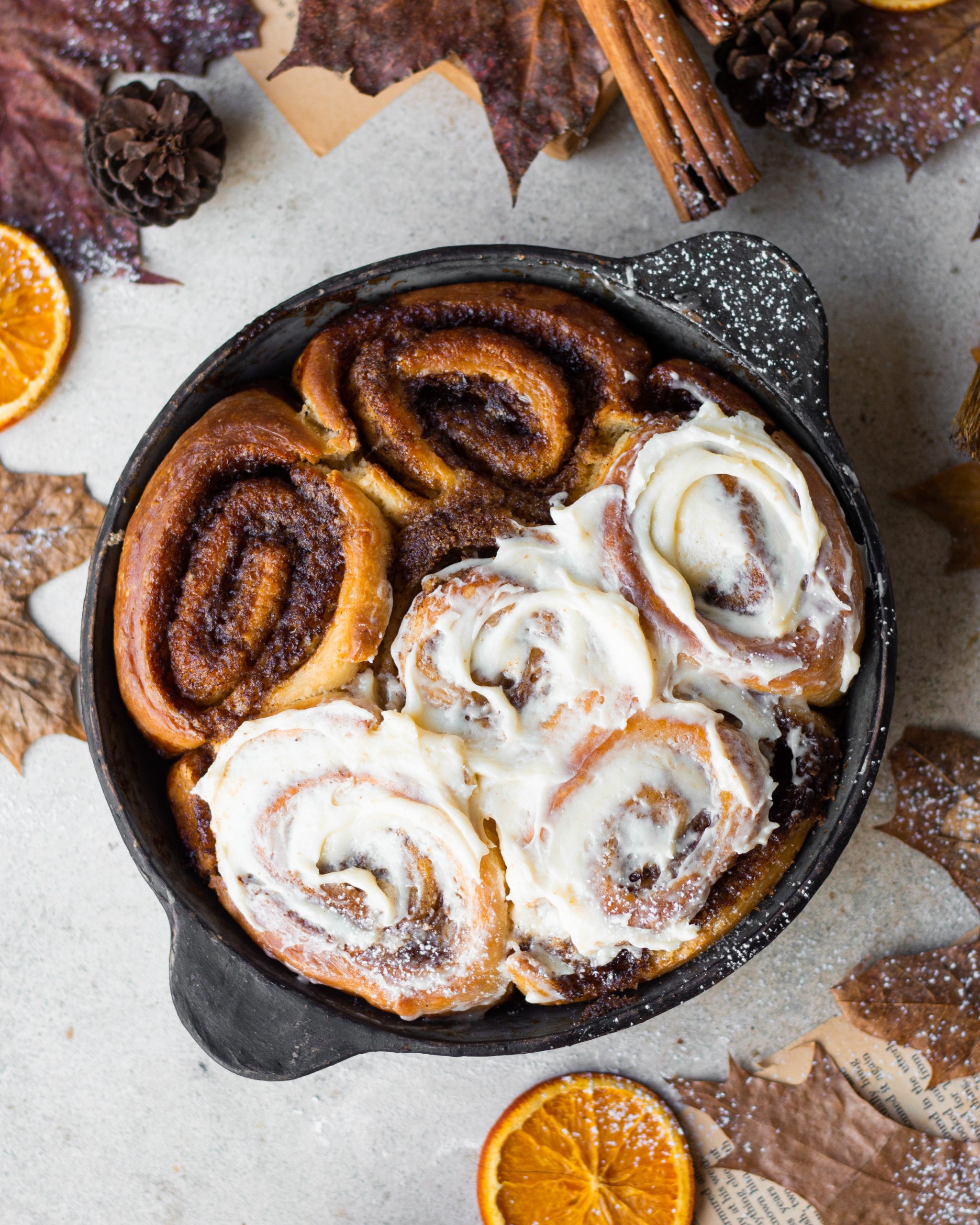 Making the dough for these eggless cinnamon rolls

I made this dough just recently and I realized how difficult it can be to proof the dough in winters!  Keeping it covered and under the sun helps with the proofing. You can also keep it inside your oven with a bowl of steaming water. This works equally well!

Can I make these eggless cinnamon rolls in the microwave?

This has to be the most asked question on all my social media platforms. Can we bake the recipe in a microwave? And the answer is YES! I am so glad that I am creating a recipe that can be made both in an oven and a microwave so everyone can bake and rejoice with these beautiful eggless cinnamon rolls.

If your microwave has a convection mode, you can also bake in it!  To bake these cinnamon rolls in the microwave, preheat until 175 degrees celsius. Place the pan on your tray, and allow it to bake for 35 minutes only. Again, microwaves differ, so keep a sharp eye out for the golden edges. 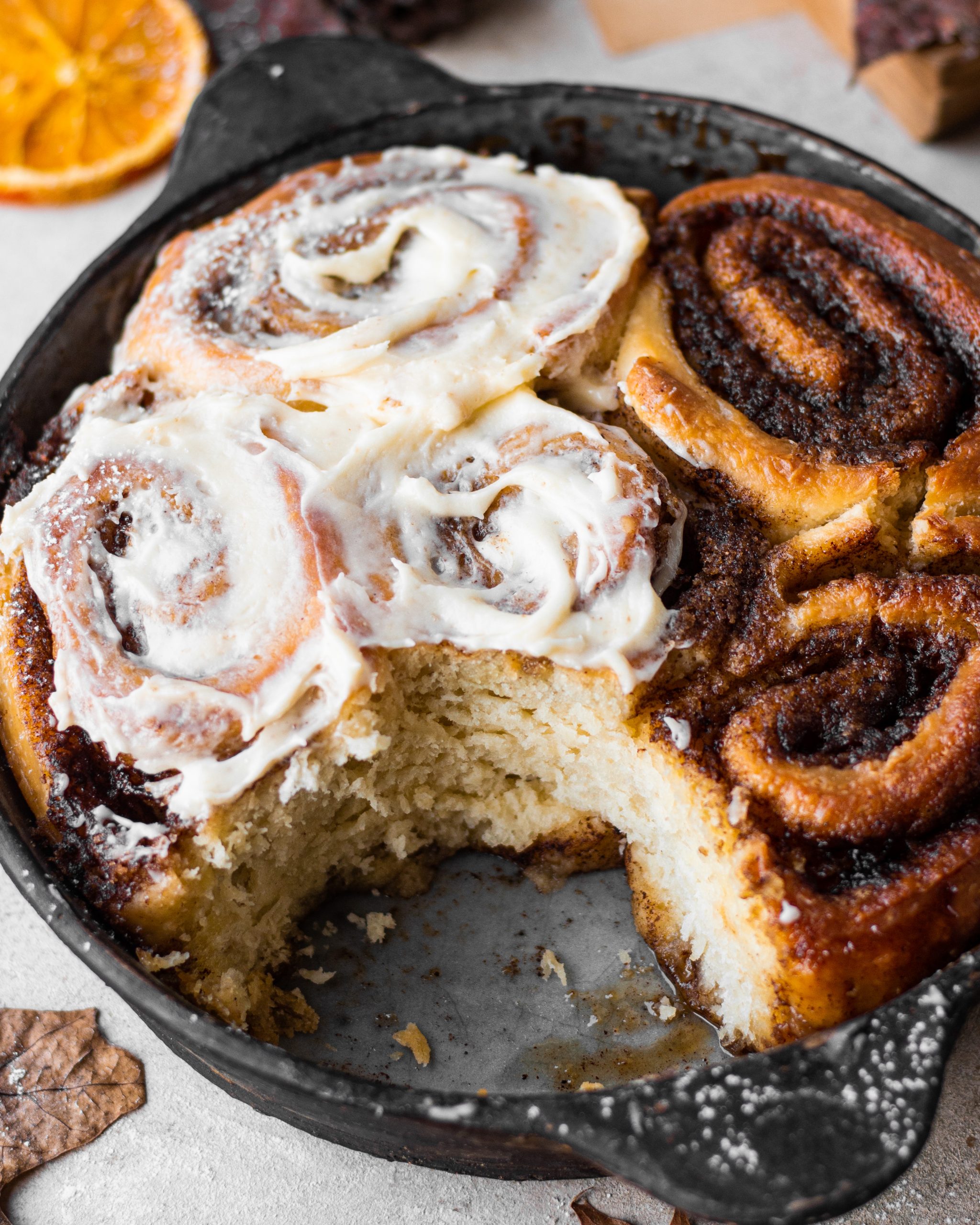 THE ASSEMBLY OF THE CINNAMON ROLLS

The final assembly is what intimidates some people. My secret tip to get the beautifully layered cinnamon rolls is using dental floss or a clean thread. YES! You do not need a knife to cut the rolls into small portions. Using the floss or a thread will ensure to keep the layers in place. When you place them in a pan, place them 1’ apart. Since the rolls will prove again, keeping them apart will allow them to prove better. If you don’t have a floss/ thread, use a sharp knife.

I hope you have fun making these eggless cinnamon rolls and if you love baking with cinnamon, you should definitely try my Eggless Plum Cake which is packed with a punch of cinnamon! 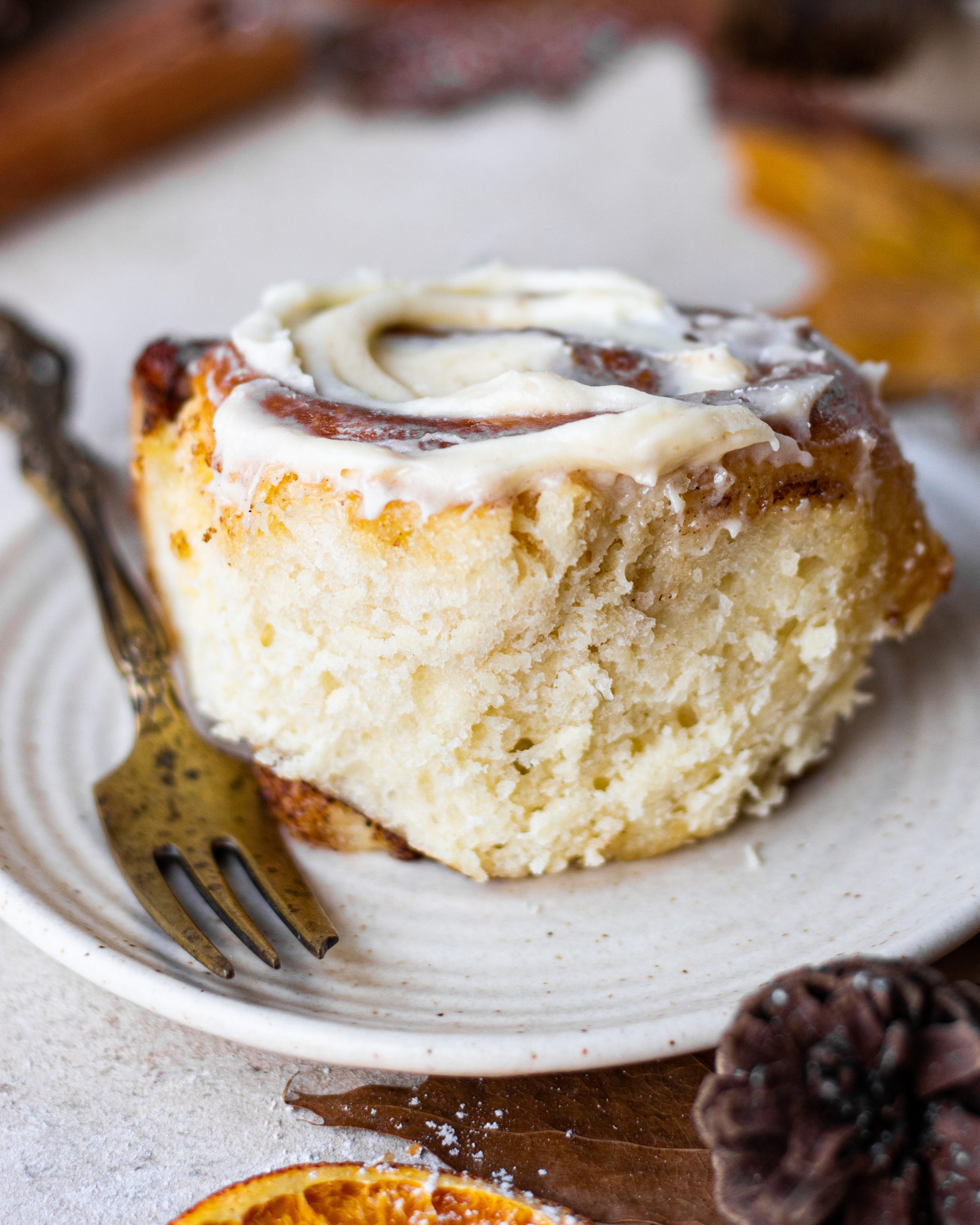 Save Print
Ingredients
For the dough
For the filling
Instructions
3.5.3251