I have so many brownie recipes that you can check on my Youtube channel. I have the best ever fudgy chocolate brownie recipe- which has an eggless option too. There is also a delicious recipe of Snicker brownies and a healthy quinoa brownie recipe for gluten-free bingeing! As you can see, brownies are my go to dessert and of course it is the saddest thing when they fail. Brownie fails need to be discussed more often. Even though there are a gazillion things on the internet telling you why your brownies are cakey, oily, hard, chewy, or sinking in the middle. You really don’t need to go searching for more articles any more. This article address all probably brownie fails and how to make sure that you are avoiding them at ALL cost.

There is truly nothing better than brownie with Icecream or brownie with some chocolate sauce and it just makes you day better to have a small bite too. Brownies, by definition, don’t have a lot of height, have a crackly top, and are mid-way between a chocolate fudge and a chocolate cake. It has a good amount of butter and chocolate going in and that’s what we all love at the end of the day. Is it not?

Common Brownie Fails and how to deal with them

The most common brownie fails have sinking brownie as the number one issue. Then, there is the fact that your brownie resemble too much of a cake and we all don’t want that now, do we? Admittedly, everyone expects a Theobroma brownie to come out of their oven but they are not even taking care of the procedure. Theobroma brownies are then the furthest thing to expect. Things like oven temperature, over-mixing, your tin size, your mixing techniques really matter when it comes to avoiding brownie fails. Then, there are issues of having a dry and crumbly brownie which is admittedly not that appetising. Some people also like chewy brownies while some hate it. But, do you know, there is only one ingredient responsible for making brownies chewy? Unbalanced temperature settings make your brownies hard and dry, another undesirable thing. These are just a FEW of the many brownie fails that people face.

Now, let’s talk about dealing with them.

Why are my brownies sinking?

Traditionally, what makes a brownie fudgy is the fact that the wet ingredients are more as compared to the dry ingredients. Conventional (and the best) brownie recipes require you to melt your chocolate and this also make it a wet ingredient. So, when you are beating the eggs or curd for your brownie, you are doing this to aerate the recipe. In simpler words, you’re allowing it to gain some air and this is important so that your brownies are decadent and also have a good and stable structure.

The most common reason why brownies sink is because of over-mixing. To be entirely honest, blending the ingredients in any brownie recipe is only needed when you need to whip up your eggs or your curd. The best way to ensure you are not over-working the batter is to gently keep on incorporating ingredients with a spatula. In the end, if you think that the batter has lumps, use a whisk, & give your batter a gentle mix. This is about it. Don’t use a hand blender at each step for the brownie. Remember this- brownies are stirred NOT beaten.

Pre-heating your oven is of utmost important. Brownies also sink in the middle because they weren’t baked for long enough. Even when your toothpick comes out almost clean but you start noticing a dent in your brownies, bake them for 4-5 more minutes. These last few minutes do their magic.

To avoid sinking brownies remember to 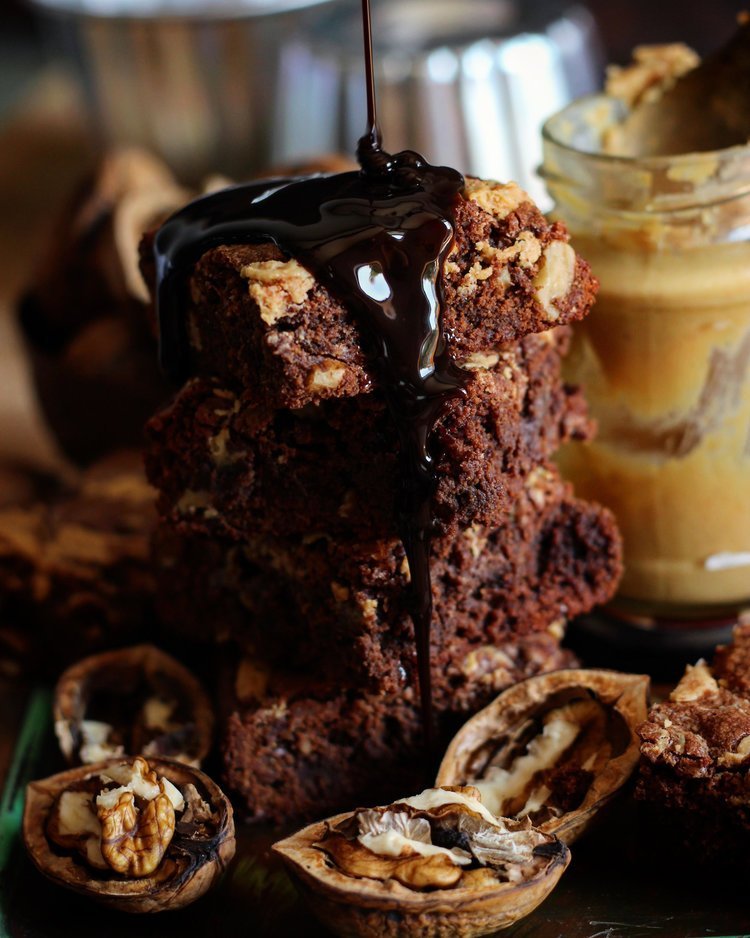 Cakey brownies have a higher composition of flour. Also, it is commonly understood that it really is reliant on baking powder as the major leavening agent. Fudgy brownies have a bigger fat ratio. In the case of brownies, chocolate and butter is your fat and they have to be taken care of at all cost! There is no proper way of fixing a cakey brownie. The only thing you have to do is taking care of the fact that you’re choosing the right recipe. Whenever I search for brownie recipe to re-create, I ensure that I see the end product. Cakey brownies always have a better height than fudgy brownies. In case you do like the cakey feel, go for it! You do you.

How to avoid/get chewy brownies

How the chocolate you use leads to a major brownie fail

To avoid MAJOR brownie fails, use a good chocolate. People often don’t listen when bakers all around the world ask them to use dark chocolate for their brownies. The main purpose of the addition sugar that we add is to give sweetness. The main purpose of the chocolate we use in brownies is for the texture, taste, and the most authentic chocolate flavour. Compound chocolate is a strict NO-NO for your brownies simply because of their highly unstable nature. Your Cadbury Dairy Milk and Cadbury Silk is essentially not even chocolate- they are candies. This is where the difference between compound and couverture chocolate is important to understand. Fortunately, you can read all about it here. 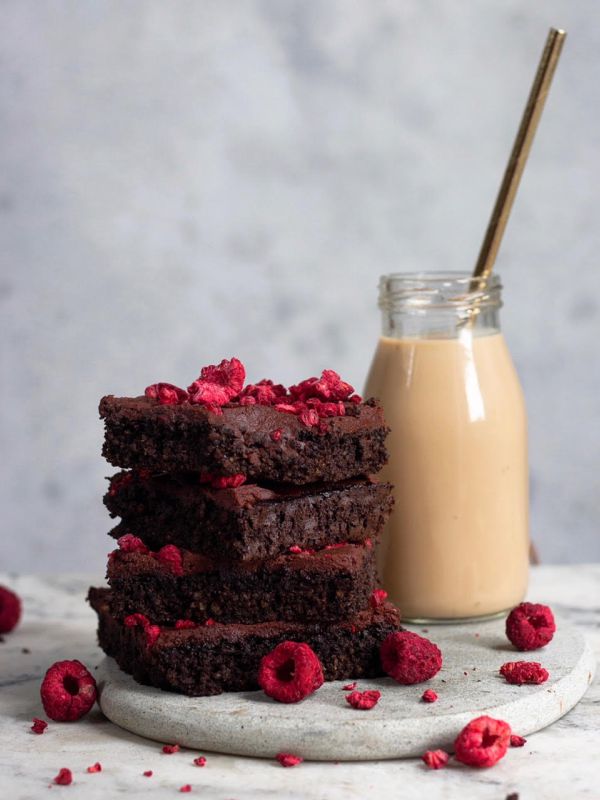 Best chocolate for a delicious brownies

Dark chocolate is the way to go when baking brownies. Common brands I use are Bourneville, Amul, Morde, and Van Houten. They deliver a beautiful chocolate flavor. I am also letting you in on a secret- darker the chocolate, better the brownie! This admittedly is the most important step to avoid a major brownie fail.

Of course I am going to make the hugest batch when this article is done because I have said brownies 300 times now. However, no matter how greedy I am for that first bite of heaven- I am going to exercise my will power to the maximum. The best time to consume brownies is after 2.5 hours. You can make it 1.5 hours but 2.5 rule is ideal. Your brownies go under a fan when you take them out of the oven. They chill under the fan for 30 minutes and then they go into the fridge for 1-2 hours. The chocolate and the butter mixture sets beautifully in this timeline. You are preparing yourself for a lot of disappointment and a major brownie fail if you don’t allow them to seat. No cutting, no demoulding, and not digging in until they set. This is how you ensure a perfect slice!

Brownies Recipes from the blog

Also, don’t forget to tag me on instagram if you do make any of these!