I love eating fruit crisps but for some reason I don’t end up making them too often, which is odd because they’re so simple and quick. I had shared the recipe of a quinoa crisp and mango-peach crisp on the blog earlier. Those crisps are great too but this raspberry apple crisp is by far my favorite. You can use any combination of fruits that you like. That’s the best part about crisps- they’re so versatile!

This raspberry apple crisp is 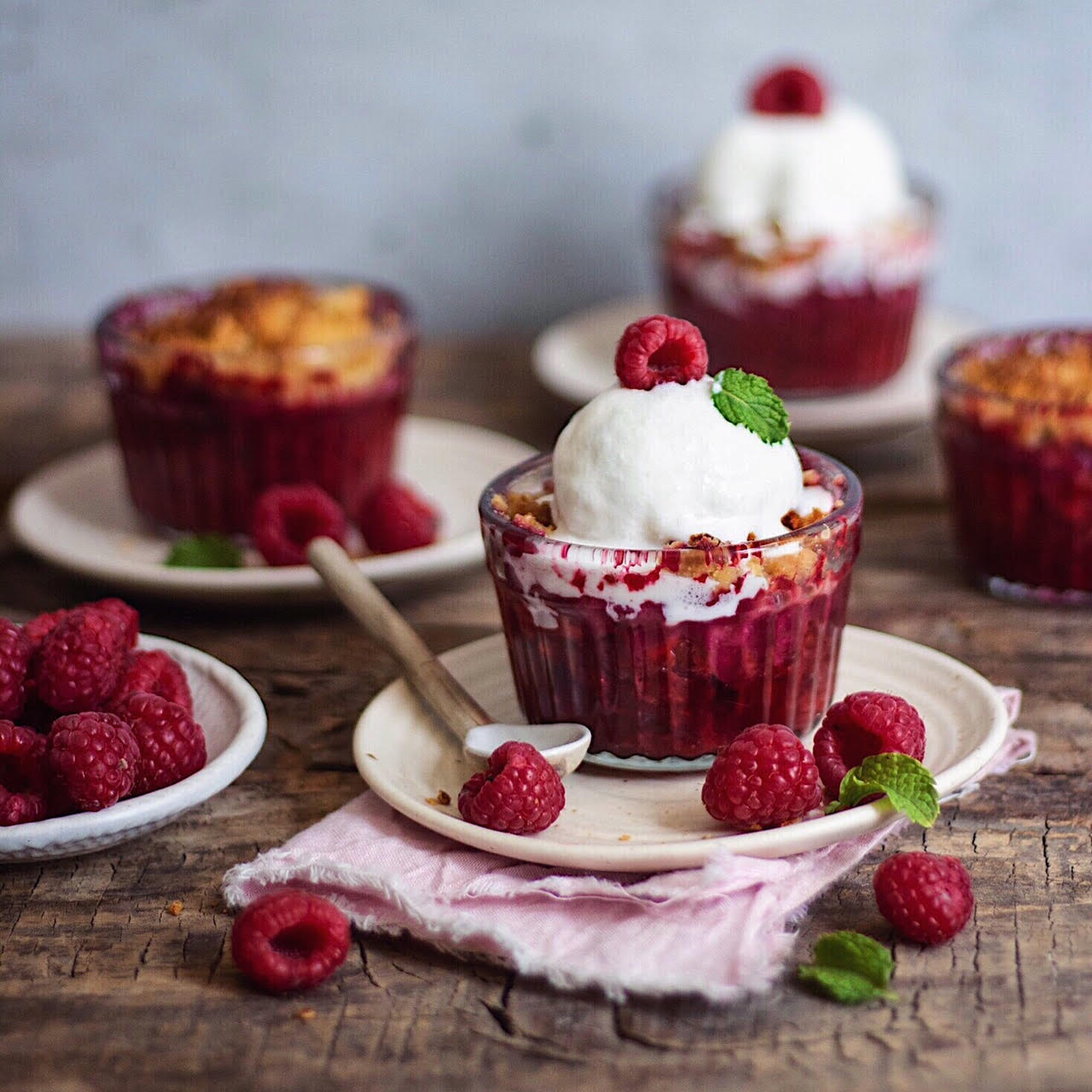 This is a super quick yet unbelievably yum recipe! I make fruit crisps when I want to have something tasty but I also don’t want to put in too much effort, haha! You can use a combination of whatever fruits you like or have lying around, but my personal favourite is raspberries and apples! This recipe is refined flour and refined sugar free. I use whole wheat flour and oats for the crisp. I also use honey instead of refined sugar in this recipe. Make sure you cook the fruits just until they begin to break down. You do not want to overcook the fruit at this step as it will continue to cook inside the oven.

This raspberry apple crisp can easily be made vegan by replacing few ingredients. You can use either 1/4th cup of maple syrup or soft brown sugar instead of honey. Also, instead of butter, you can use coconut oil. 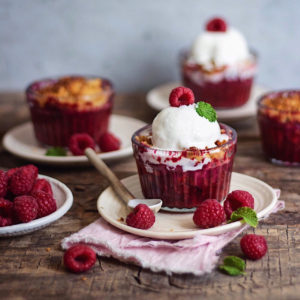